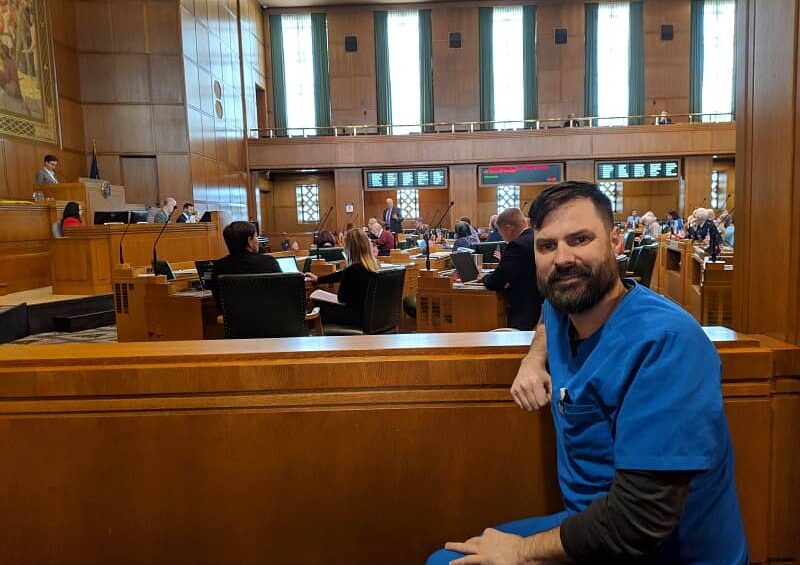 I’m proud to say that I’m a sixth-generation Oregonian. Given the influx of people we’ve seen move here from other states, it’s becoming increasingly rare to find people with deep roots in the area.

I grew up in the same home as my father in North Portland (we even had the same childhood bedroom). As a construction worker, he had the kind of blue-collar occupational background that helped build this nation and state.

We’re proud of Oregon’s diverse geography and topography. It’s truly remarkable that we are fortunate enough to have easy access to mountains, trees, desert and coastline, all within fairly short distances.

Because of our longstanding ties to the state, we’ve found it increasingly difficult to not be completely dismayed at what it is becoming.

I used to drive through the neighborhoods in Portland that I grew up in, with all kinds of childhood memories associated with them. Anymore, I struggle to reconcile what once was with what now exists instead.

Oregon has, in many ways, become unrecognizable. It’s arguably a shadow of its former, once glorious self.

The saddest part is, that could have been avoided, if not for catastrophic and harmful public policies that continue to fail every man, woman and child in this state.

I’ve had countless conversations with friends and family from outside of Oregon, in which they ask me if what they see depicted on national television about our largest city is true. Sadly, I have to tell them that it is.

There’s no doubt that the events of the past two years have significantly altered how people think about Oregon and Portland. And it has not been in a positive way.

Portland has yet to fully recover from the three months of daily rioting and property damage that took place downtown during the summer of 2020. If anything, there are more businesses boarded up now than there were back then.

Parts of Clackamas County are close enough to Portland that their suburban status carries a risk of negative association. It’s absolutely heartbreaking for a native Oregonian like myself, who ultimately decided to make Wilsonville my family’s permanent home.

What I realize is that I’m in a position to do something about it.

My past few years of serving on the Wilsonville City Council have proven to be a valuable learning experience in how local government operates. That, combined with my family’s historic origins in this state, gives me a good perspective on how best to confront the challenges we face and move forward into the future.

Oregon’s pioneer spirit still lives on, through many of us who have seen this state through good times and bad. I remain optimistic that the best days of Oregon, and Clackamas County, still lie ahead. But we can’t get from here to there with the failed leadership and policies currently in place.

I’m running for Clackamas County Commissioner, Position 5 to make a positive difference in my community. As you can see, my family is very invested in this state, and I’m in this for the long haul.