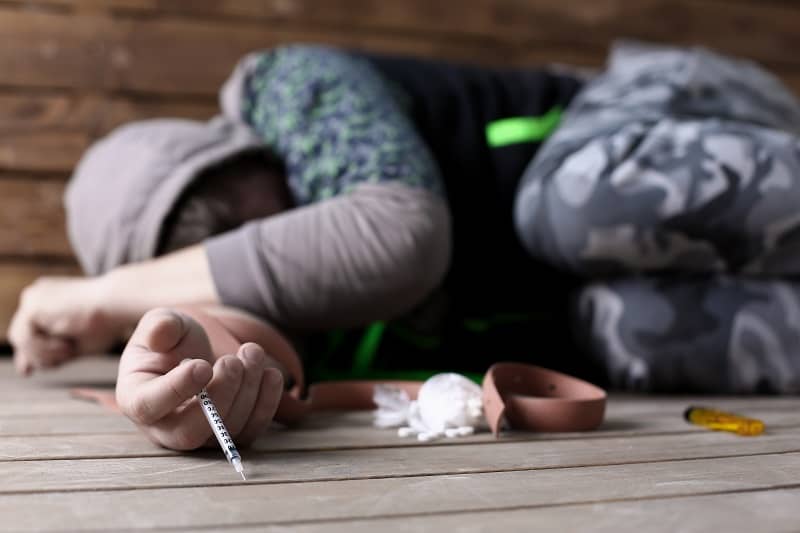 An analogy that comes up quite often in public policy is that of a pendulum.

The explanation goes something like this: The same approach is used for a while until it stops being effective and develops its own unique set of consequences. Voters then start to demand that something different be done, and the metaphoric pendulum then swings in the opposite direction. The pattern repeats itself until the rough edges get smoothed out. Consensus is eventually found somewhere in the middle, between the extreme positions.

This is exactly what we’ve witnessed with drug legalization in Oregon.

Some people don’t know this, but Oregon was actually the first state in the entire country to decriminalize possession of less than an ounce of marijuana and did so back in 1973.

That was a sharp contrast to the position taken by the federal government and every other state at the time. And it wasn’t necessarily unreasonable.

Incarcerating people for several years and forever ruining their lives due to possession of user amounts of marijuana was not good public policy. That was one extreme.

Then, in 2014, Oregon voters opted for its current system of legalized marijuana sold through regulated dispensaries, with the state reaping the tax benefits.

But a few years later, the pendulum began to swing away from a reasonable position in the middle and towards another extreme.

Oregon voters were told prior to the November 2020 general election that the passage of Measure 110 would be positive for people throughout the state. They were promised that if they voted to decriminalize the possession of small amounts of harder drugs like heroin, meth and fentanyl that treatment would become available to the people who need it.

The last two years have proven that to be a false promise. We have now ended up with another massive manmade disaster, with severe consequences for everyone in Oregon.

As a nurse, I’ve seen the public health impact firsthand. It’s playing out in emergency rooms all over the state on a daily basis. We’re seeing overdoses skyrocketing, along with property crimes like car thefts and the stealing of catalytic converters. The money that was promised for drug treatment didn’t get to where it needed to go nearly fast enough to make any kind of a difference. The infrastructure needed to have the kind of treatment centers that would really help did not exist upon the passage of Measure 110, nor is it in place now.

This has turned into a free-for-all, and a risky experiment that is failing. What we’re doing is not working. The pendulum has swung too far in one direction.

The wholesale legalization of all kinds of dangerous drugs has served to exacerbate problems that we were already having with crime and homelessness. Anyone who doesn’t see the connection is simply in denial of reality.

There is literally no reason for anyone to seek the treatment, nor is it truly required. It’s more of a suggestion, with no consequences for failing to act.

The blatant public use of drugs is out of control on our streets. Nobody wants to see people shooting heroin on the sidewalk in broad daylight. Yet it’s an increasingly common sight in Portland and elsewhere in Oregon.

At the end of the day, it makes no sense to have our prisons filled with non-violent offenders. That was one extreme end of the spectrum. But the ill effects that have accompanied the passage of Measure 110 are too serious to ignore, and that’s the other extreme end.

My hope is that the pendulum can come swinging back towards the middle, because there is plenty of room between both of those positions.