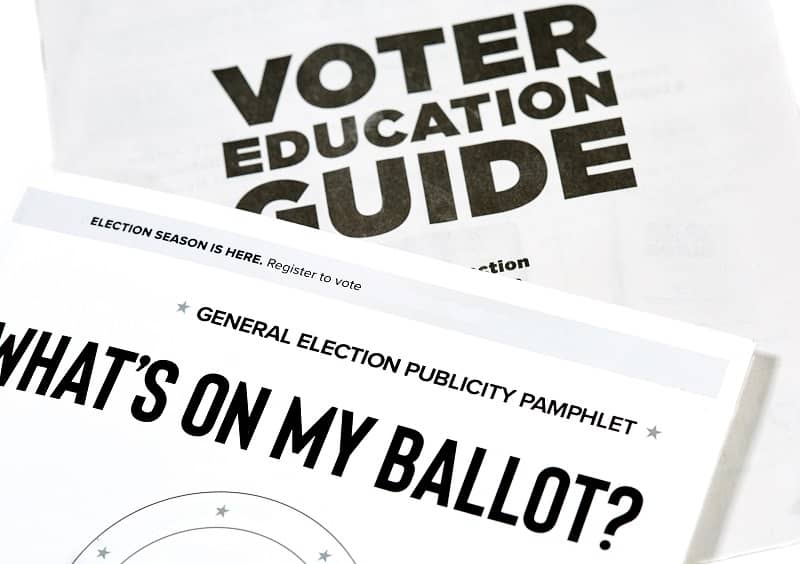 Now that the November 2022 general election is just around the corner, voter pamphlet statements are becoming available to the public. Many voters base their candidate selection on the contents of those pamphlets.

Ideally, the statements put together by candidates and their campaigns should be accurate representations of where they stand on the most important issues we face. But that’s not always what ends up happening.

I’m proud of the statement that I will have going out directly to voters in their mailboxes. It highlights my education, local government experience as a Wilsonville City Councilor, the many officials who are endorsing my campaign, my clear opposition to tolling and strong support for fully funding law enforcement.

That’s why I was so disappointed to see the statement submitted by my opponent, the current commissioner representing Position 5, Sonya Fischer.

Many of the positions she has listed on there are in direct contradiction to the voting record that she’s amassed in office. There are many positions that she and I disagree on. But you would be hard-pressed to tell that based on what she’s put out there. To me, it’s a deliberate misrepresentation of the stances she’s taken and a panicked attempt to pander for votes.

For example, her statement claims that she demands accountability from Metro. She has had multiple opportunities to defend Clackamas County residents and their pocketbooks from that agency in the many years she’s been a commissioner. However, for the past several years, she has voted to give Metro everything it has asked for. Her stance has been to give Metro a blank check, paid for by you and me, at every available opportunity.

But perhaps the most audacious claim is that she has supported police.

I’m the only candidate in this race who has been endorsed by the Clackamas County Peace Officers’ Association. I’m also the only one who has consistently supported law enforcement at all levels.

What you won’t see in Fischer’s voter pamphlet statement is any mention of the radical organization Reimagine Oregon. That’s because she doesn’t want you to know that she worked with them for years to advance their agenda, which includes defunding the police.

On its website, Reimagine Oregon takes credit for various efforts to defund police agencies all throughout the Portland metropolitan area. They were successful, and crime began to skyrocket all around us as a result.

Few things have been as clear the past couple of years as the failure of public policies that demonize our vital law enforcement agencies and personnel and deprive them of the tools they need to keep us all safe.

Based on what is in Fischer’s voter pamphlet statement, you would think that she and I agree on these issues. The truth is, I’m running for commissioner against her because I know she’s wrong for Clackamas County. Some of what’s in her statement may sound nice, but I’ve always believed that actions speak louder than words. She’s had her chance to take the right positions and failed every time.

I’m ready to step up and do the job the right way, and, unlike my opponent, my voting record in public office is consistent with what I’ve pledged to the people of Clackamas County.